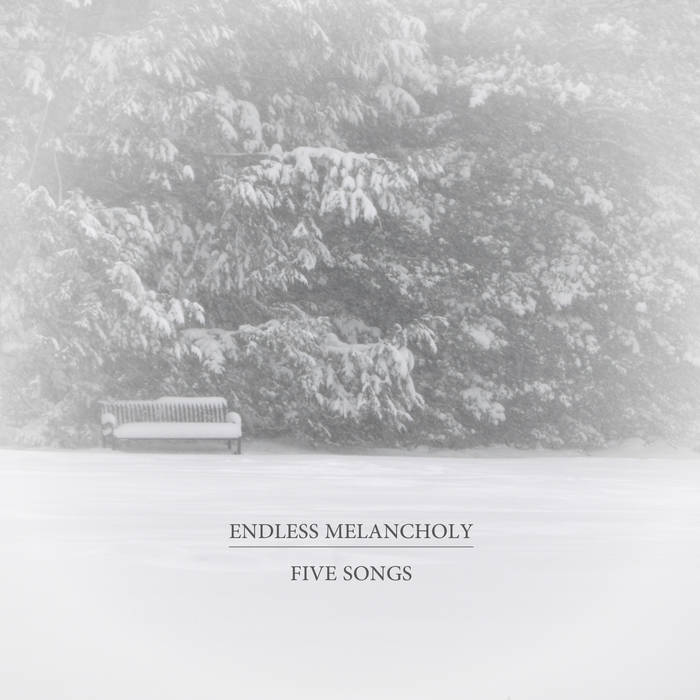 Tim McLelland The sound of Depression, simplified. Amazing. Bought the discography during one of the Friday sales ... do not regret it a bit. Instrumental brilliance.
Favorite track: A Place Called Home.

Bartosz This is beautiful. Simply beautiful. I love your piano only music very much. It's minimalistic and quiet so you can concentrate only on the piano, telling you a wonderful story. There is no need for more sounds. Favorite track: Nowhere, Never.

Guillermo Raziel Duran Aguilar From the first time I listened this ep I loved it really reminds me my favorite season:winter Favorite track: Leave.

Shaeffer O'Toole To be played on sad, dark days Favorite track: We Have Met Before.

Titles of tracks 1 and 4 are inspired by a poem of Ukrainian poet Ivan Androschuk:

Solo piano music seems perfectly fitted for winter, but we don’t often think of the reasons why. Perhaps it is because the music is stark like a winter landscape; because the white keys are reminiscent of snow; because the sounds reverberate around empty rooms like the shouts of children across a vast field; or because the very idea of “solo” intimates a cold, concentrated isolation. For whatever reason, Five Songs resonates with winter emotion, as does the cover: a deserted bench which looks like a snow-covered keyboard, waiting for a guest to arrive.

The suite is based on a poem by Ukrainian poet Ivan Androschuk, titled Мы с Вами где-то встречались and loosely translated “We Have Met Somewhere”. The poem is hopeful, suffused with a nagging nostalgia: two rays of a cold star flew in a cold space, crossed in mirrors … The poet is writing about connection and coincidence, seeming to state that time and tense are fluid. Fellow Ukrainian Alex Sakevych (Endless Melancholy, less melancholy than expected) brings the poem to life through improvised phrases and soft-spoken melodies, often repeating a passage until suddenly jumping over to a new, unexpected branch. Never is this more apparent than on the closing piece, “Nostalgia”. But the true star of the EP may be less the playing itself than the sound of the keys shifting, the pedals being pressed; one imagines the snow, the ivory keys, the lonely Ukrainians connected across time.

It’s a curious thing, but i’m noticing that i tend to gravitate towards this kind of music, during transitional seasons. It’s light, complex, emotionally loaded; there’s a song called ‘Nostalgia’ on here, as well as one called ‘We Have Met Before’, so it is assumed that there is an element of memory, involved with this record. Its like walking down a long tunnel, with fuzzy photographs from throughout your life, blown up and placed behind plexiglass. This music summons images of puddles of warm light, dust motes dancing languidly in the cross breeze. It’s music for staring out the window, or watching trees burst into blossom. It is melancholy, sure, but surely not Endless, and Sakevych’s sadness is laced with sweetness.

Sakevych keeps his pieces uncomplicated and fairly short and apart from the ever present melody, the other distinctive characteristic is the sound of the actual movements of pedals being pushed so if this music didn’t sound intimate enough, it now seems like the artist is actually playing live in the room from which you listen. Unsurprisingly, each of these tracks evoke sadness but since the piano is such a graceful instrument, there’s no sense of depression, more the joy of elegiac melody. In the spirit of The Durutti Column, the key instrument may be different but there’s that sense that a tune can sound hopeful or remorseful depending on what mood the listener is in at the time. Certainly, ‘Leave’, in particular, comes across as rather triumphant and only the last piece, ‘Nostalgia’, seems wholly downbeat but its message is delivered subtly and poignantly.

It’s not an unfamiliar production style. Just as Nils Frahm hibernates inside the piano to observe the percussive mechanism behind the soft and graceful melody emitted externally, each note on Five Songs is rendered crucial and deliberate by the clunk of wooden hammer that precedes it. Equally, the notes themselves gain a tangible warmth for being captured and trapped inside the body of the piano itself, forced to ricochet back in on themselves and sending the wooden carcass into soft vibration. These songs aren’t presented as the immaculate end result; rather, they are birthed in real time, as thumbs and fingers trigger an intricate sequence of hammer falls and send strings into a deep, swamping resonance.
It’s 18 minutes long and passes extremely quickly. Once it’s over I feel like I’ve caught myself daydreaming into the song of a small music box; it’s fleeting, brittle, and beset with a gentle and somewhat modest emotional lure. Some of the more woozy and cinematically inclined contemporary piano players come to mind – Eluvium’s Matthew Cooper, flashes of Carlos Cipa – and Five Songs feels quietly content in letting its music unfurl organically within this template, with its real melancholy deriving in its helpless inevitability rather the potency of any particular sequence of chords.